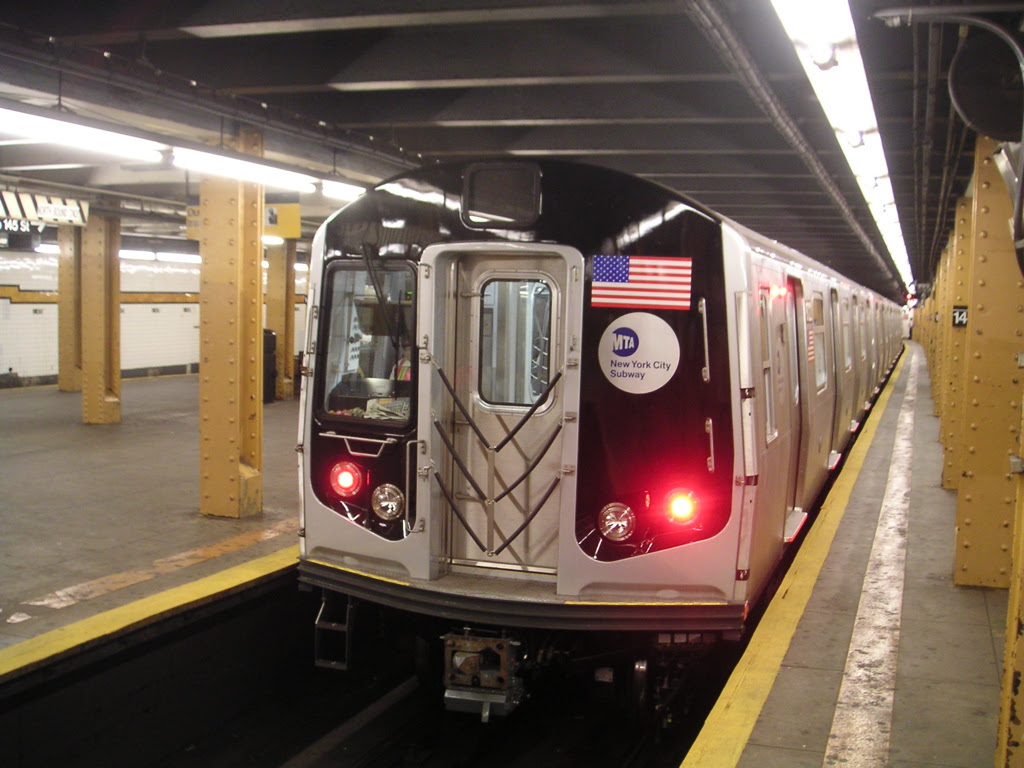 New York is a dizzying, confusing place but, if you do your homework, you can navigate your way through the city in a wheelchair.  Here are your major options. 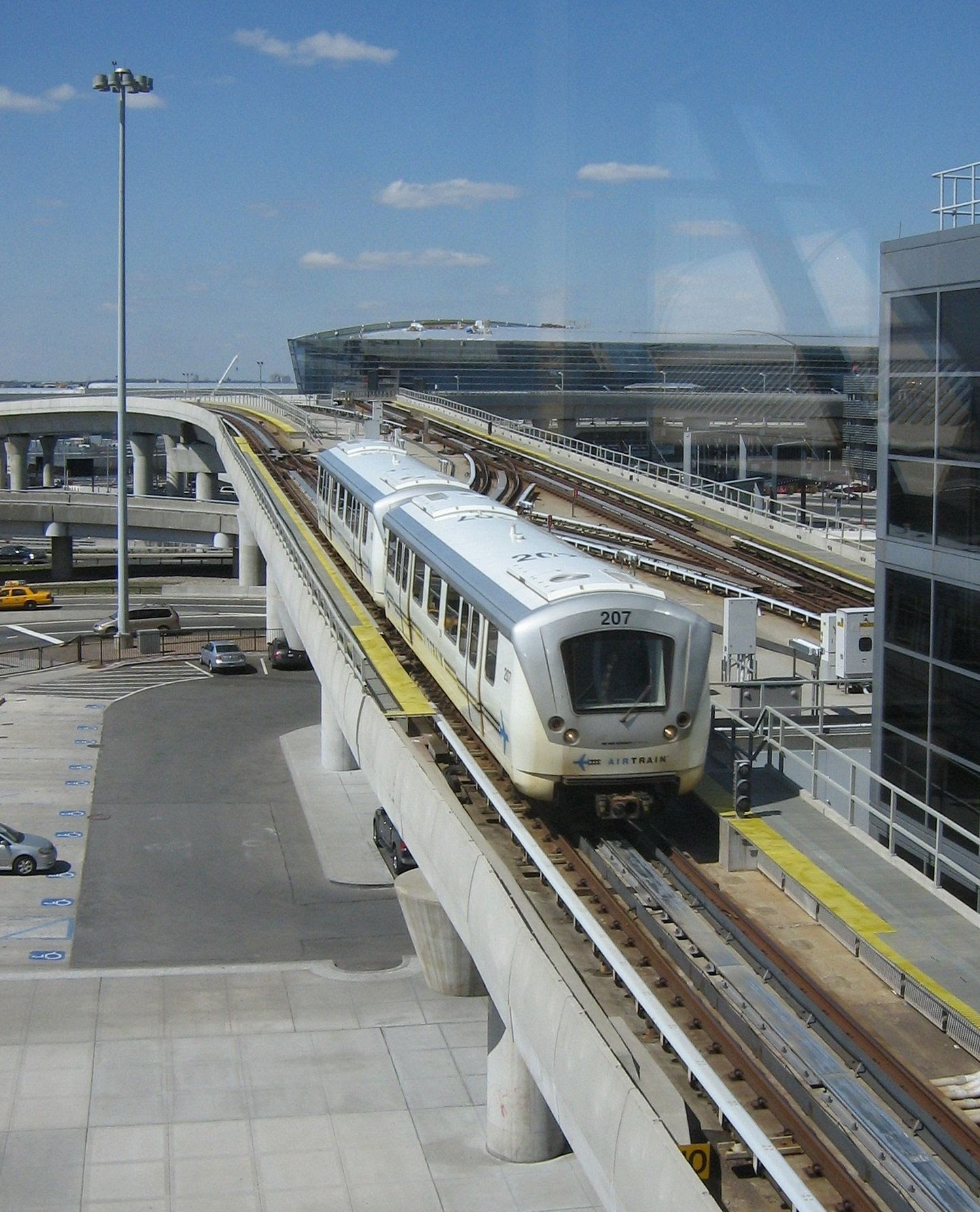 AIRPORT TRANSPORTATION - The two major New York airports are Kennedy and La Guardia.  Amazingly in this city of subways, neither is connected to that system.  Your best bet is to either request an accessible taxi at the taxi stand, or to book an accessible shuttle from a company such as Supershuttle.  If you're more adventurous, and don't have a lot of luggage, you can catch an MTA bus.  At La Guardia, it's not too far to take the 48 bus to Queen's and catch the 7 subway there into the city at the accessible Flushing-Main St. station.  At Kennedy, you can take the AirTrain to the accessible Sutphin subway station (E line) or to the accessible Howard Beach subway station (A line).  We did try the bus option from La Guardia.   It's doable, but coming back it's very confusing finding the right bus stop when you get off of the subway.  We haven't tried the Kennedy option yet.  There is also train service from Newark airport and nearby the Islip airport, which you'd either have to taxi or bus to...it would be about a mile walk from the airport to the train station.  We did this via a taxi one time...if possible, I'd rather fly into one of the other three airports. 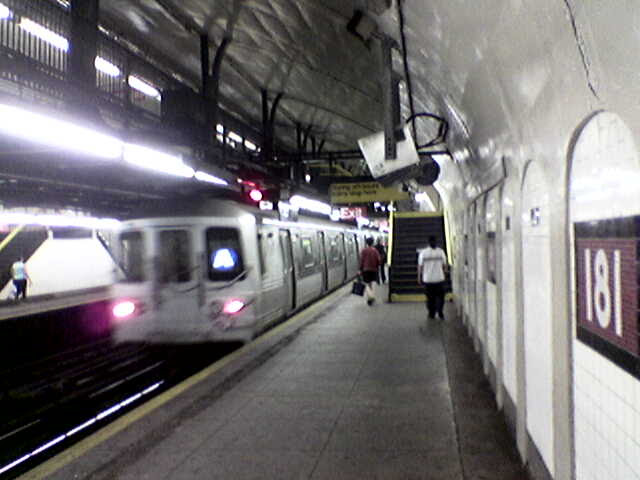 SUBWAY - Let's face it, it's just not New York without the subway.  When possible, it's also the fastest way to get around.  There are currently 33 accessible subway stations in Manhattan listed on the MTA's website.  Some popular locations with accessible stations are Times Square, Herald Square, Penn Station, Grand Central Station, Brooklyn Bridge, Rockefeller Center, Roosevelt Island, and the World Trade Center station.  Outside of Manhattan you have Yankee Stadium, Coney Island, and Flushing Meadows Park.  There are several more non-accessible stations where you can transfer between lines in a wheelchair.  It is very important to study the map and information provided by the MTA's website for particular access information, for example some lines may be accessible in a station while others in the same station are not such as Times Square, where the shuttle (S) is not accessible. 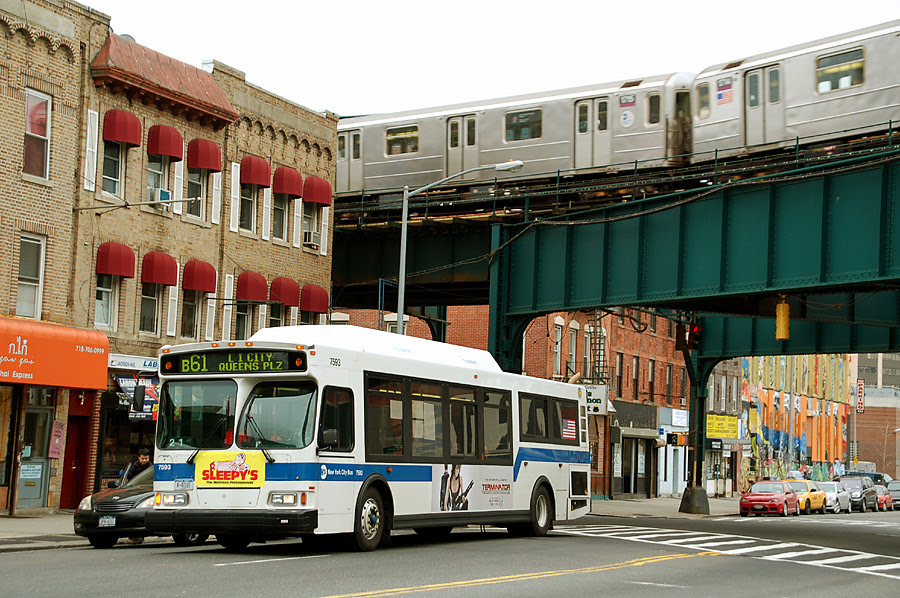 BUS - All buses in New York are accessible.  We had no problems on any bus or with any drivers while we were there.  The only problem is that they must also sit in traffic, although they have dedicated lanes on the busiest streets. 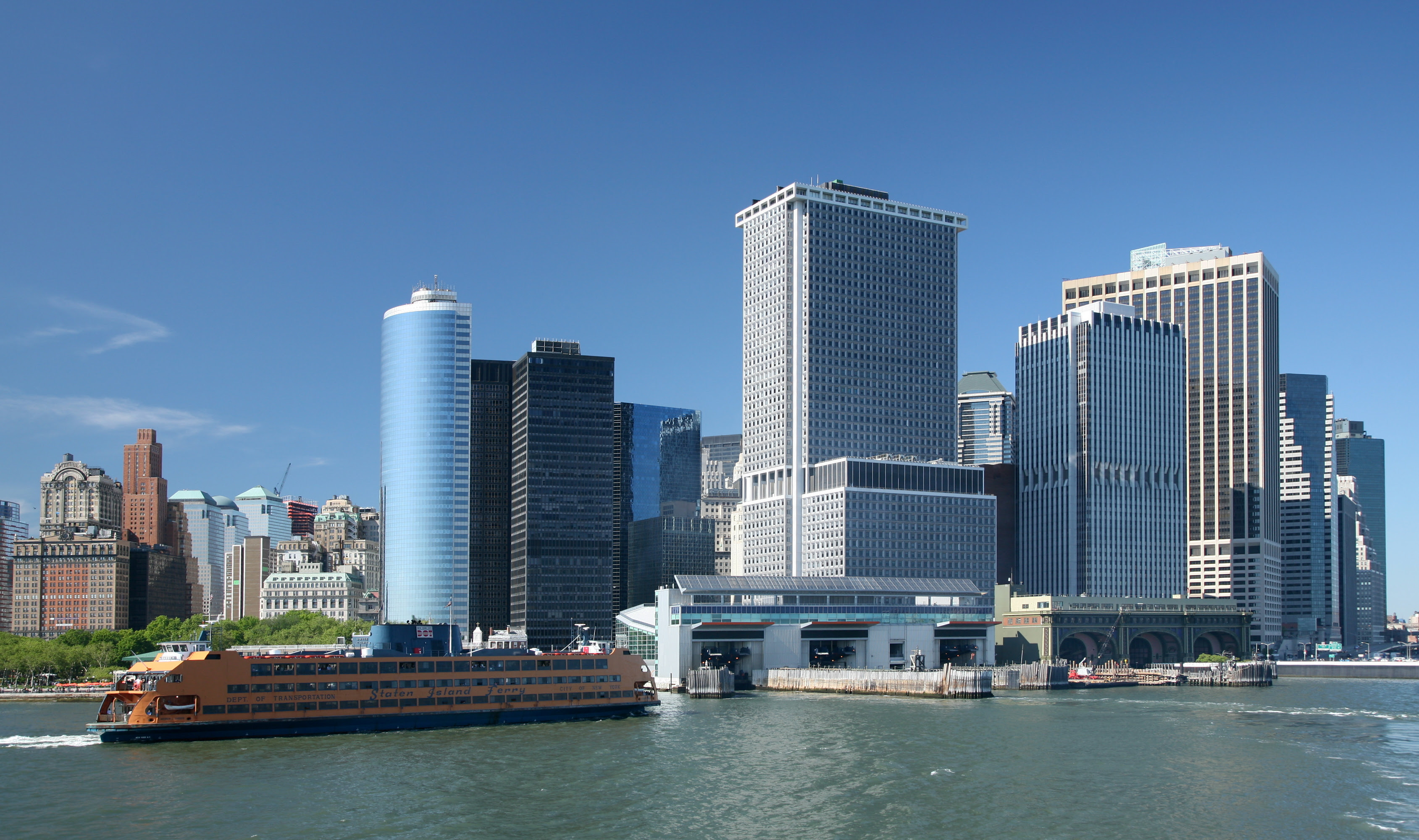 STATEN ISLAND FERRY - is accessible and a great way to get good views of the city and the Statue of Liberty. The Staten Island Ferry is free. 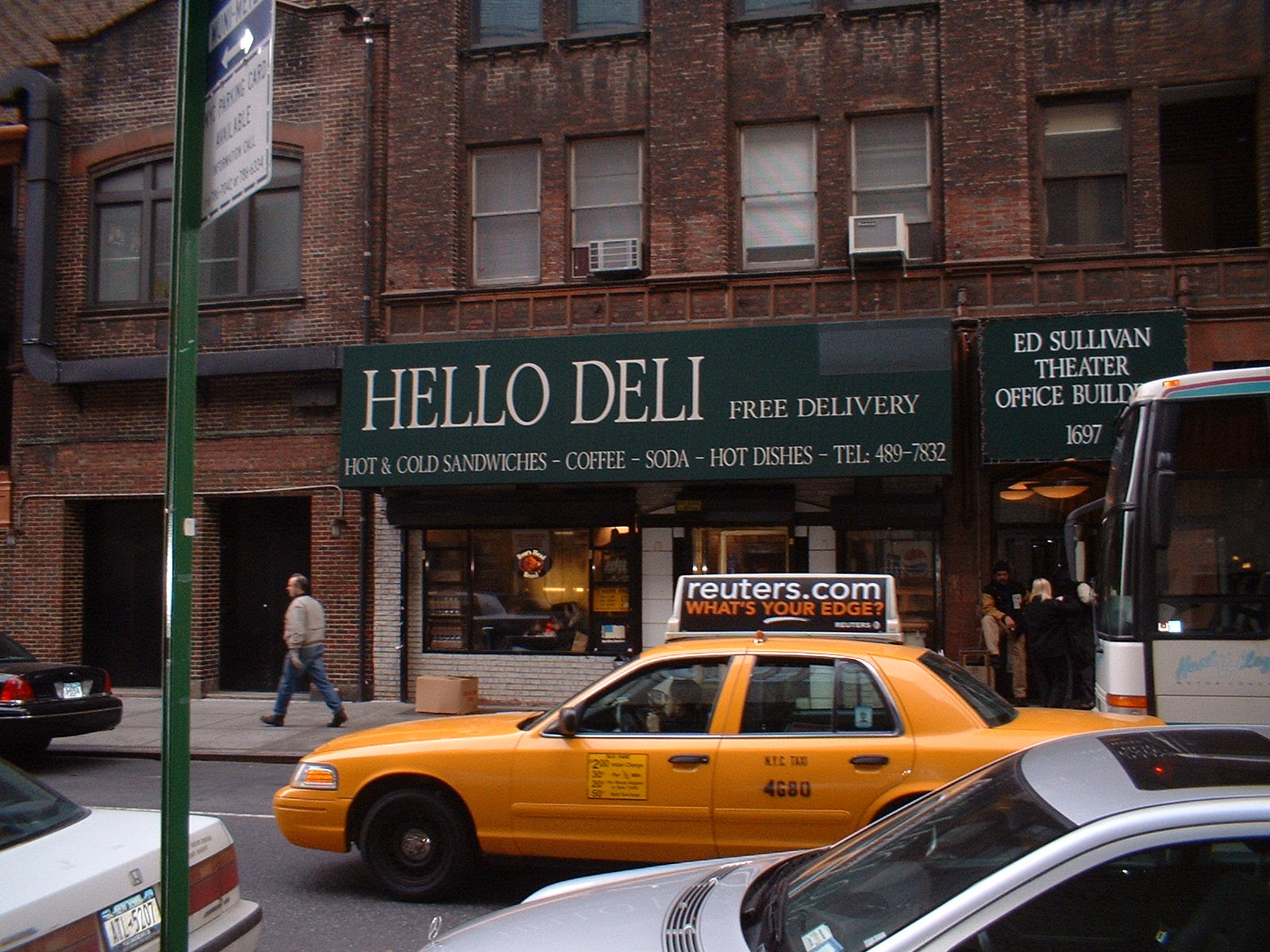 TAXIS - Most are not accessible.  You'll usually need to call a dispatcher to have one sent, it is very hard to hail an accessible cab on the street. 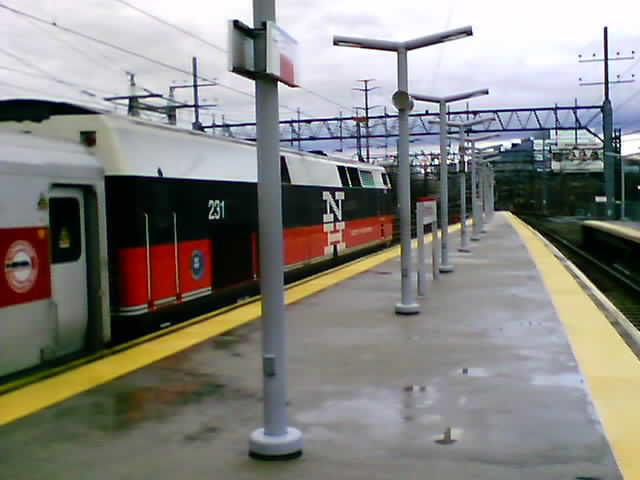 LONG ISLAND RAILROAD - In Manhattan, the LIRR uses the accessible Penn Station, underneath Madison Square Garden.  Click the link for a map of accessible stations. 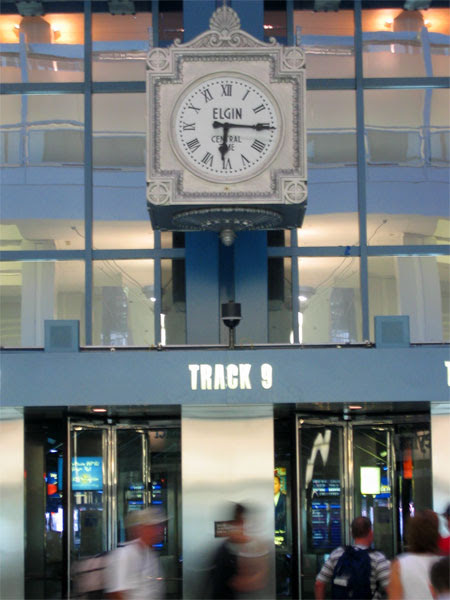 The main transit agency in Chicago is the Chicago Transit Authority (CTA). They run a system of buses and subway trains. Most of the trains run above ground, much of that on elevated tracks so the system is known locally as the "L" (for elevated).

Chicago was a bit late to the accessible bus party, but now 100% of their fleets and routes are wheelchair accessible. I remember when we were there in 2001, we were at a bus stop and a bus with a wheelchair lift stopped but because it was not designated as a wheelchair accessible route, the driver would not pick us up.  The new policy opens up vast swaths of the city that were not available to wheelers before.

Buses go just about everywhere here and come by often. You’re never more than a couple of blocks away from a bus line. Normal fare is $2.25 (2012) and a day pass can be had for $5.75. Disabled riders can board for a dollar. An RTA reduced fare is technically required, but in our experience, if you’re obviously disabled, you can ride for this fare.

Illinois residents with disabilities can apply to the RTA for a free ride card. 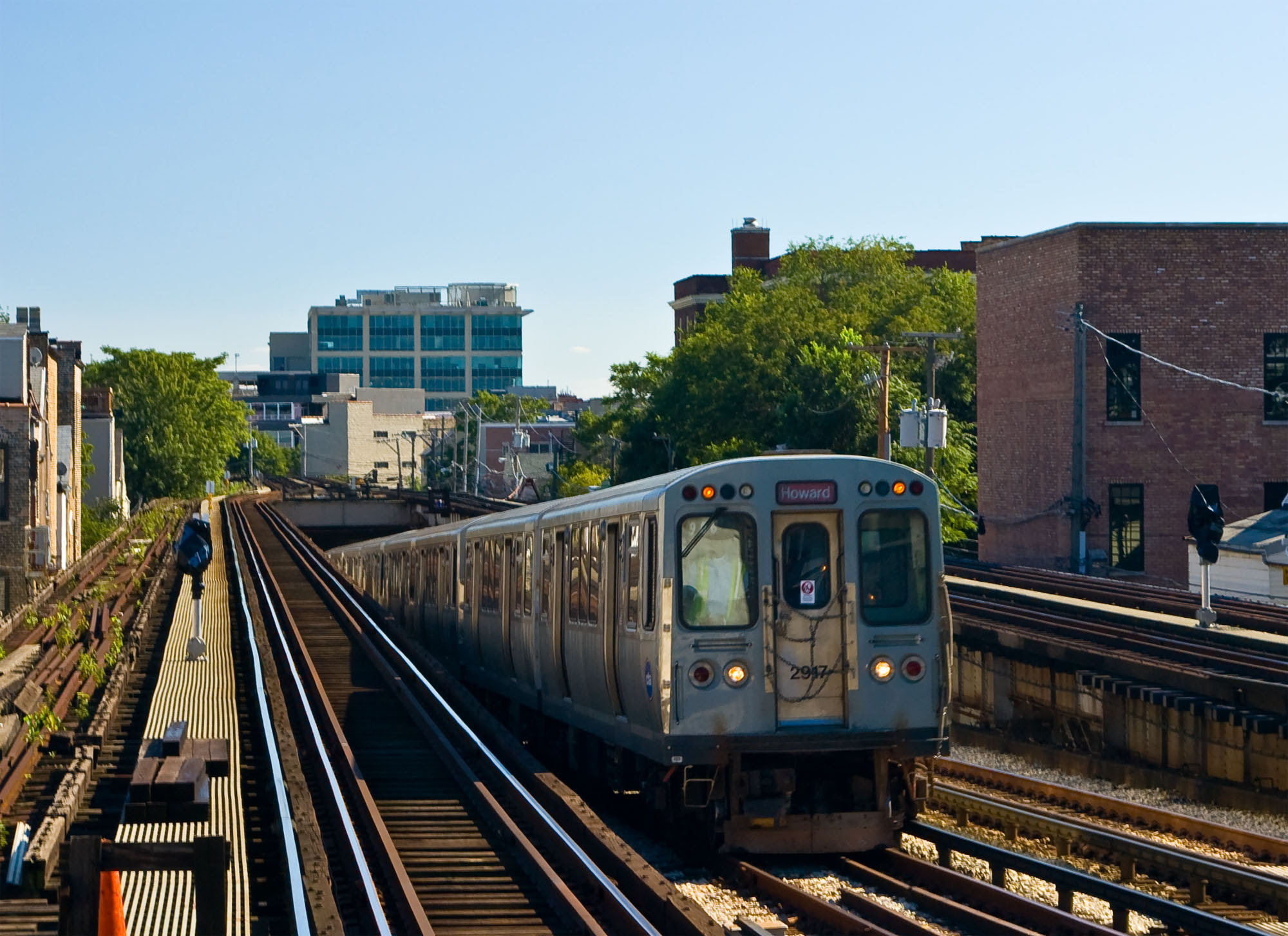 The L serves much of the main corridors of the city. We found we could get to about 90% of the places we wanted to go via accessible L service. First, both airports…O’Hare and Midway…have accessible L stations. The Blue Line serves O’Hare and the Orange Line serves Midway.

Both ballparks are served by the Red Line with Wrigley Field next to the Addison station north of downtown (north side) and US Cellular Field (Comiskey Park) served by the 35th Street station. Each station is less than a block from their respective stadiums.

Soldier Field is served by the accessible Roosevelt Station on the Orange, Green and Red Lines.

Chicago can get extremely cold. Each L station has an area where you can press a button and a space heater will run for 15 minutes to keep you warm while you wait for the train.

Fares are the same as for the buses (above).

Click on the link for a route map for the CTA. Wheelchair accessible L stations have the wheelchair symbol next to them. 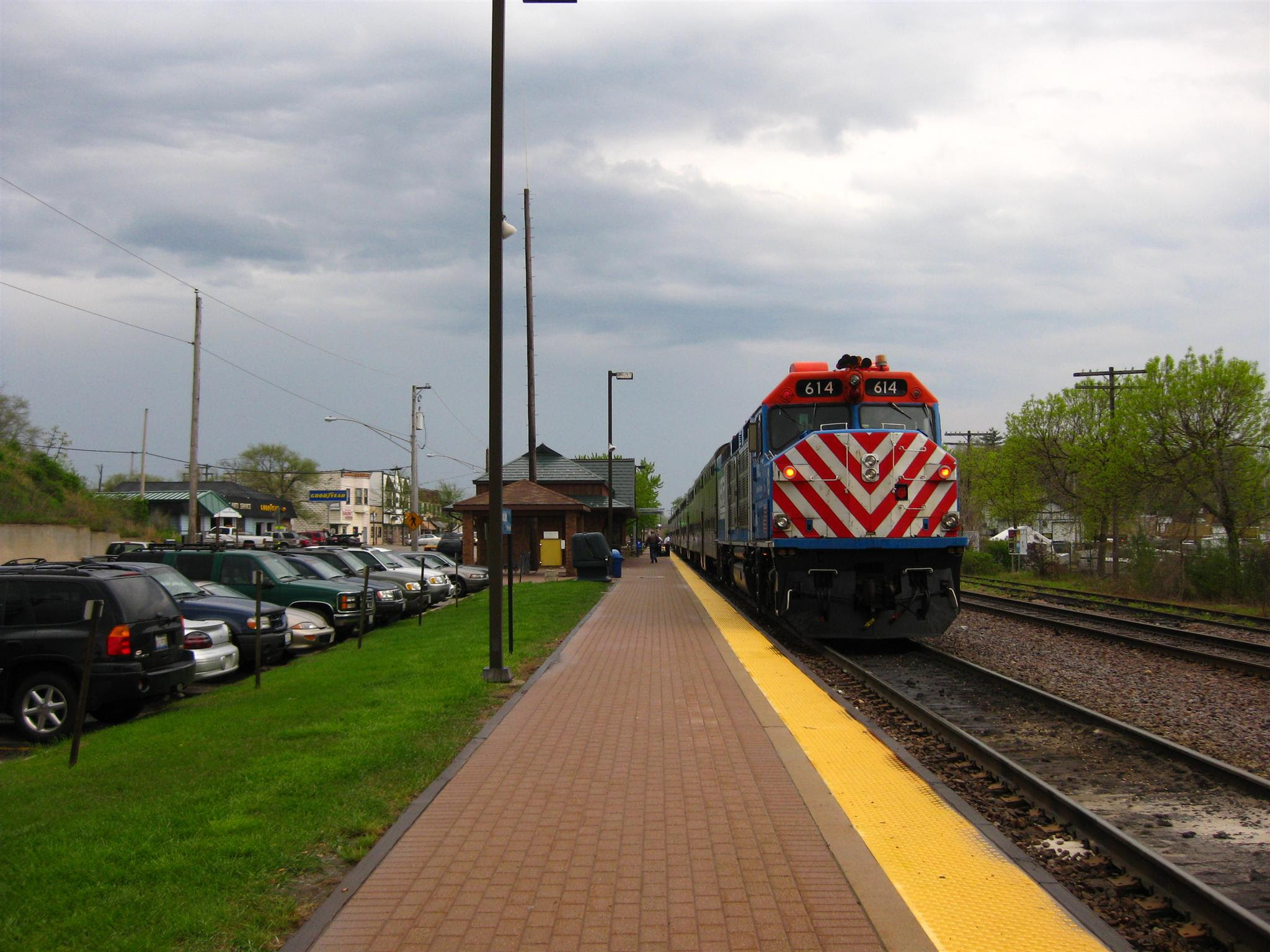 METRA is a commuter rail service providing service between Chicago and the suburbs to the North, West, and South. All downtown METRA stations are accessible. You can view a map and get a list of their accessible stations at their website, http://www.metrarail.com/ . It keeps crashing my browser but maybe you’ll have better luck.

One way, full fare tickets run from $2.75 to $9.25 (2012). People with disabilities pay a little less than half price. On weekends, up to 3 children…age 11 and under…can ride free with each paying adult. Adults can get a weekend pass for $7 good for both Saturday and Sunday.

PACE is a regional bus service that serves Cook, Lake, Will, Kane, McHenry, and DuPage counties. It also serves nearby cities in Indiana. All PACE buses are accessible but their website is in dire need of a makeover. Fares runs from $1.75 to $4.00 (2010) with disabled fares running from 85 cents to $2.00.

Transit in Seattle got a huge boost when the Link light rail opened up to the SEA-TAC airport. No longer are wheelchairs at the mercy of taxi companies or have to find an accessible bus, this is a huge leap forward for visitors to the Emerald City.

The Link runs from Tukwila…just a bit north of the airport…to Westlake. That’s the downtown mall where the monorail runs from the Seattle Center (Space Needle).


When we went to Seattle in 2009, one of the things we noticed is that the transportation from the airport was OK, but could be a lot better…we saw the Link under construction and thought of how convenient that would be. Going back to the airport, this will be a godsend. I remember being left high and dry when the taxi I reserved to go back never showed up…I’ll be glad never to have to use them again.

We also went to a Mariners game and noticed the atrocious lack of public transportation from the stadium (there was limited train service during weekend games but none during the week). After the game, thousands of fans would be elbowing for a spot on the one bus that came by every 20 minutes or so to go back downtown (a transfer was also required). The Link service would be much nicer. 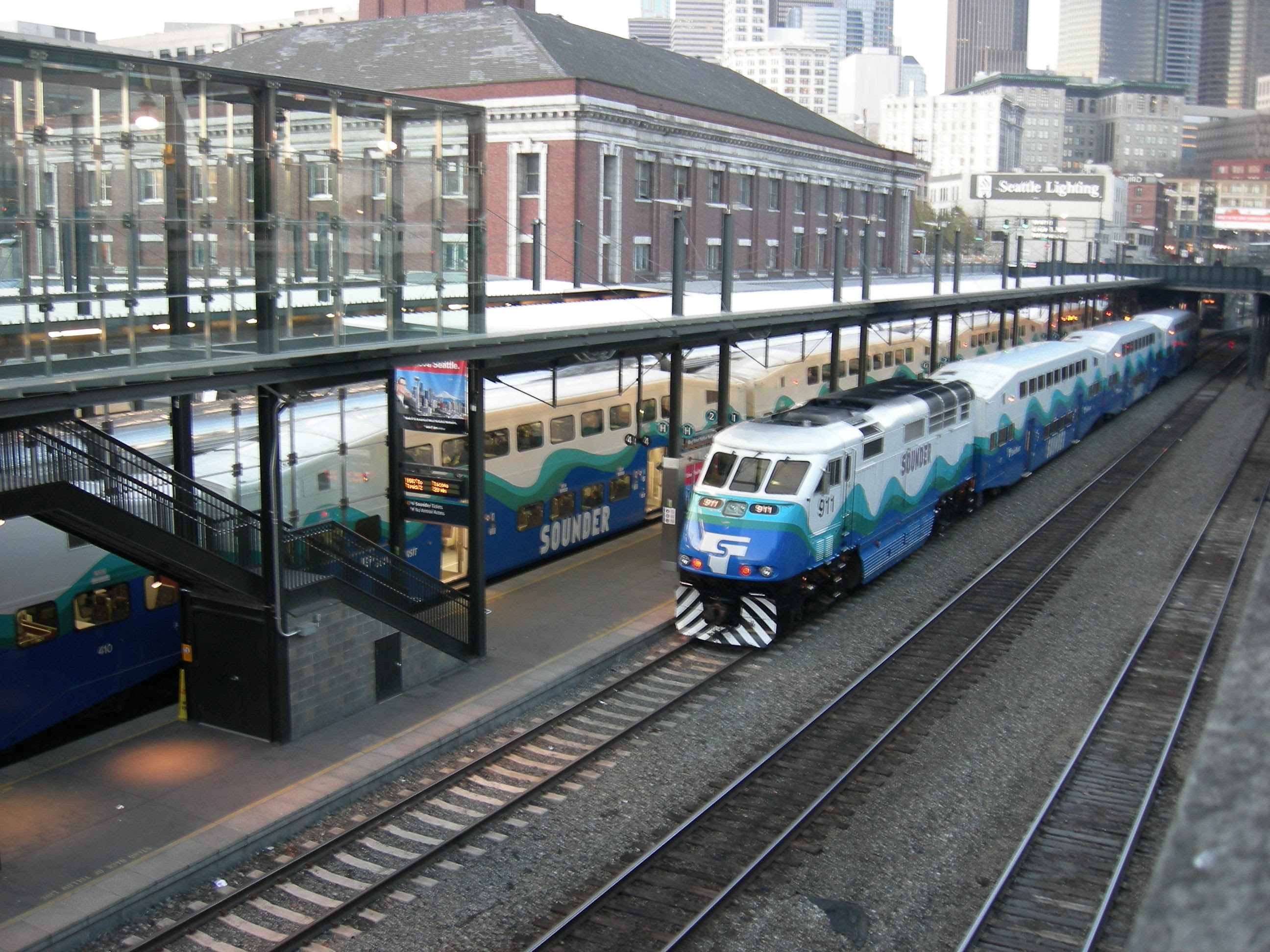 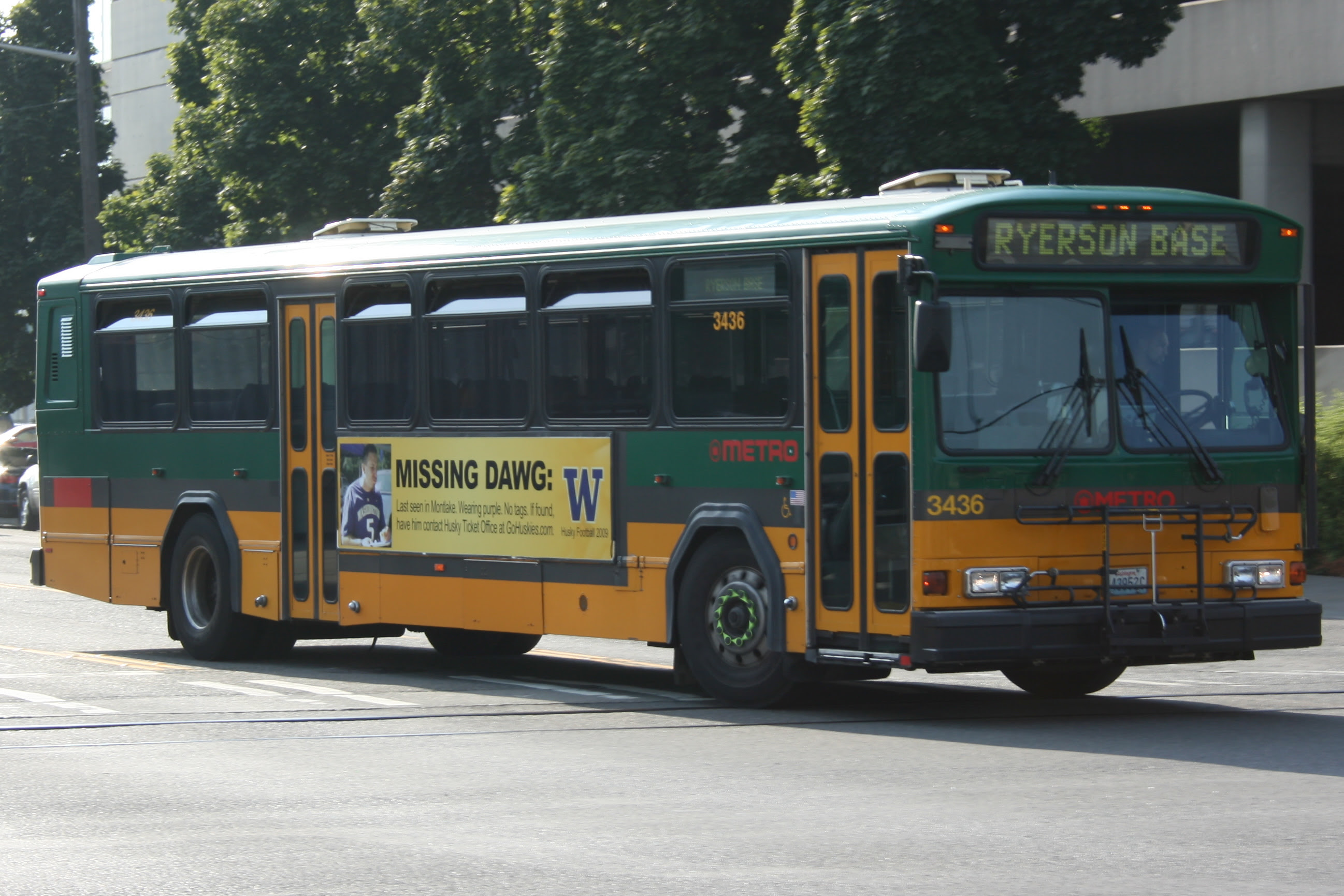 One thing we really liked about Seattle is that the Metro bus service went nearly everywhere, with multiple lines, frequent accessible service during the day, and some of the friendliest transit workers we’ve ever encountered. We took the power chair to Seattle and had virtually no problems getting around.

Another great feature of the Metro service is that trips beginning and ending in the downtown zone are free during the day. 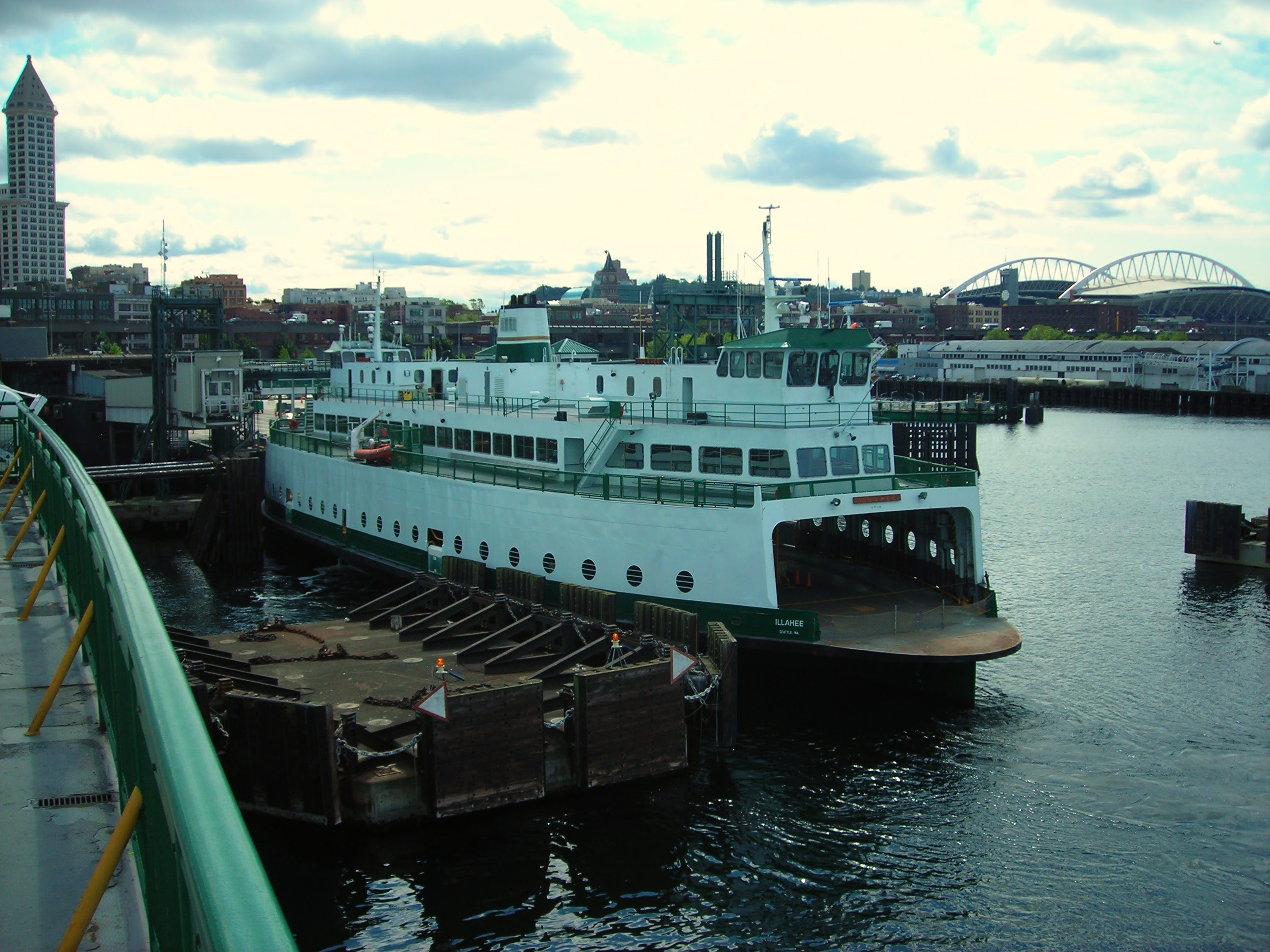 Another unique transit option here are the Washington State Ferries that shuttle commuters along the Puget Sound to destinations like Bainbridge Island and even Victoria in British Columbia. 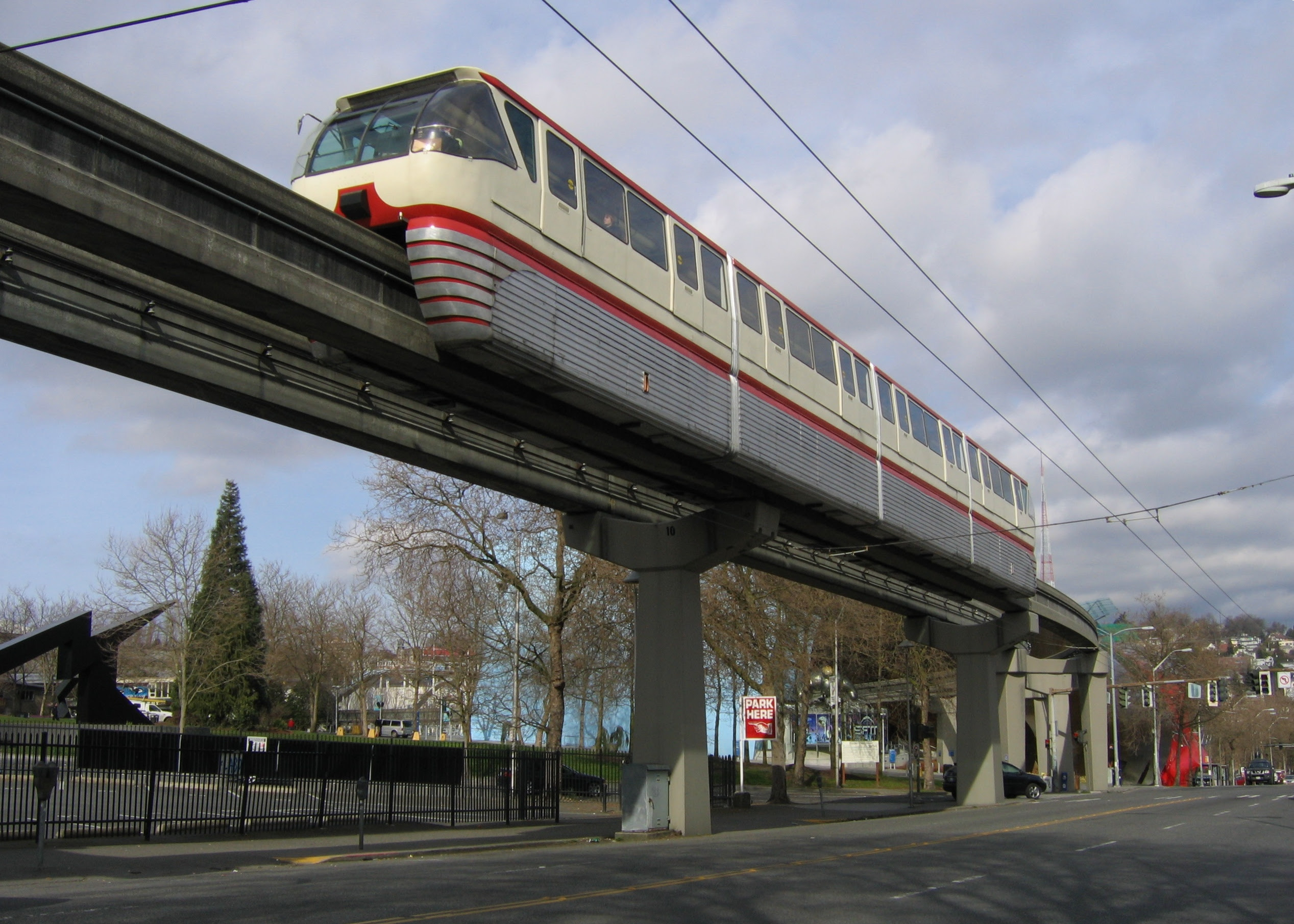 Seattle is famous for its monorail service, built in 1962 for the World’s Fair. It is still in service and is accessible but seems unreliable. After about 3 tries, we finally got to ride it but most of the time we were there it was broke down. One time, we saw the fire department evacuating the trains with ladder trucks due to another breakdown. I don’t recommend it at this time.

All services listed above are wheelchair accessible.