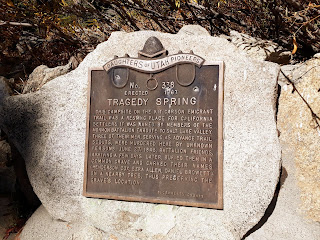 There's one thing I like to do and, now that I live in a historical and rural area, have more time to indulge in. That is to explore old cemeteries.

It's fascinating to find the oldest graves and then try to find the stories to the person who is buried there.

Above the city of Monrovia, there is a nice trail up to the waterfalls in the canyon at Monrovia Canyon Park. The trail up to the waterfall is not accessible but you may be able to go along the first part of the trail where you'll see the cryptic sign "3 Graves" pointing to a short side trail. The Rankins family used to have a home up here and their three children...Polly, Estella, and Albert...died in a typhoid outbreak in 1874. 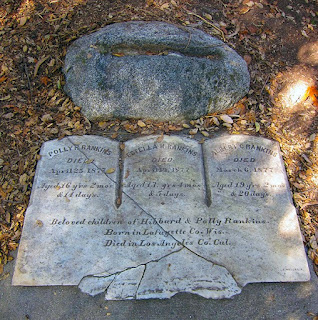 They were buried here. The tombstone is still there, laid flat and embedded in concrete to deters thieves and vandals, but their remains were eventually moved to Mountain View Cemetery a few miles away in Altadena. 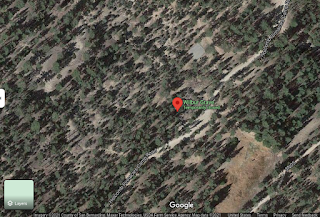 In the mountains just north of Big Bear Lake, Southern California experienced its own gold rush when the metal was discovered in Holcomb Valley in 1859. One of the miners who came to prospect was Charles Wilbur, who was the first tax accessor of San Bernardino County.

Wilbur was a well liked guy and, when he died, asked to be buried by his favorite pond (now called Wilbur's Pond) alongside the road. As the years went by, people have expanded that road so that now is grave is in the middle of the road. People leave pine cones and other mementos on his grave to this day.

It takes several miles of travel on dirt roads to get to Wilbur's grave so we have not made that trip yet. 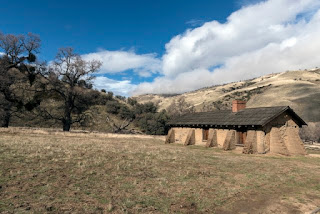 Peter Lebeck, Lebec. Buried on the grounds of Fort Tejon State Historic Park is the man who the nearby town is probably named after. Peter Lebeck was an early settler in Kern County who, it is said, was killed by a grizzly bear. 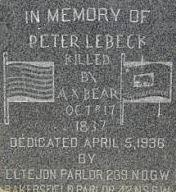 This would make him unique in that, since the grizzly bear is now extinct in California, to be the last person this could happen to. 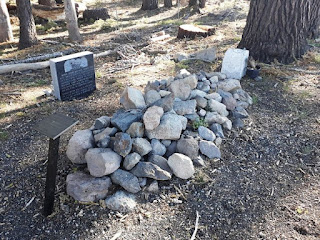 Maiden's Grave, Kirkwood. No one really knows who is buried in this grave along highway 88 except to say it is not the maiden, Rachel Melton, a young girl who is said to have died along the trail to California.
The history and documentation is all over the place on this grave, in fact, it is doubtful that any cadaver is resting under the cairn of rocks easily accessible on the side of highway 88, just west of Kirkwood.
Research has determined that there is a body, however, but it is located under the ashpalt of the highway a few feet away. 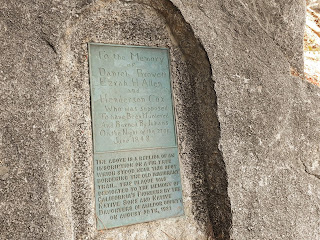 Tragedy Spring, Amador. In 1848, Mormon settlers in the area east of what is now Placerville, were looking for a shorter, easier route back to Salt Lake City. A party of three men were sent up the Mormon Emmigrant Trail, towards what is now known as the Carson Pass.
A few weeks passed with no word from the scouting party and a search party was sent out. They came upon a grizzly scene where they found the bodies of the three men, mutilated, burned, and shallowly buried next to a spring.
It was blamed on local natives but no one really knows who killed the men. 19 year old Henderson Cox, 34 year old Ezra Allen, and 39 year old Daniel Browett were properly buried and their cement covered grave is still there next to the spring which is now covered by a shed. A pipe still gushes water outside of the shed so visitors can fill their containers with mountain spring water.
Several steps are required to reach the grave, which is just west of Kirkwood off of highway 88, so it is not wheelchair accessible. 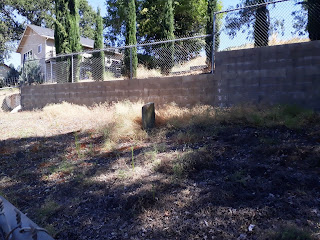 Thomas Tormey, Jackson. - Tormey does not have to spend eternity alone here. Approximately 30 other souls call this small cemetery home but Tormey's tombstone is the only one left standing. 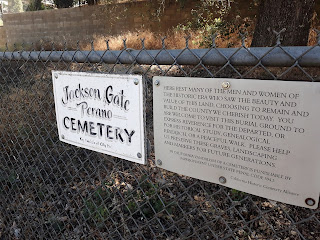 On a tiny sliver of land, between someone's front yard and Jackson Gate Road sits the miniscule Jackson Gate Perano Cemetery. Blink and you miss it, literally.

Mr. Tormey has the distinction of having the oldest cemetery tombstone still standing in Amador County, dating back to 1850. 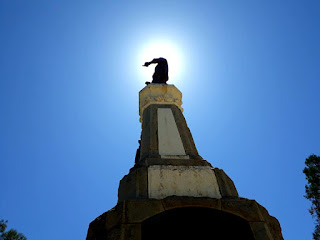 James Marshall, Coloma. One of the most famous of California's historical names, James Marshall was the foreman who worked for John Sutter at Sutter's sawmill on the banks of the American River here in Coloma.

You can't miss it if you visit here, it is arguably the most famous historic site in the state where, on a cold winter day in 1848, Marshall and his crew were dynamiting the tail race of the mill to unclog it so water could flow freely through it.

Inspecting the results, he bent over and found a few golden nuggets loosed up by the blast and started the great Gold Rush that ensured statehood for California.

Marshall ended up penniless, living in a wooden shack on a hill nearby. He was buried in the local cemetery but dug up and reinterred under a monument at the top of the hill. Technically, you can roll up the steep road to the top of the hill but it'd probably be better that you drive up and park in the lot adjacent to it. 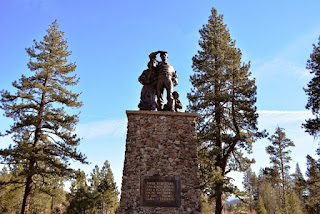 Donner Party, Truckee. The story of the Donner Party has been well documented. We also found their second camp a couple of months ago. The main memorial, alongside Interstate 80 west of Truckee, is believed to contain remains of some of the victims under its base.
It is easily accessed in a wheelchair. 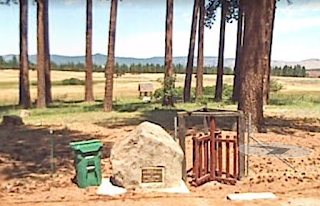 Peter Lassen, Susanville. Born in Denmark, Lassen emmigrated from Boston to California and eventually settled into the Honey Lake area in northern California. He was murdered in Nevada and buried in Susanville on Wingfield Road, a bit southwest of the town proper.

Many locations are named for him including the volcano, Mt. Lassen.