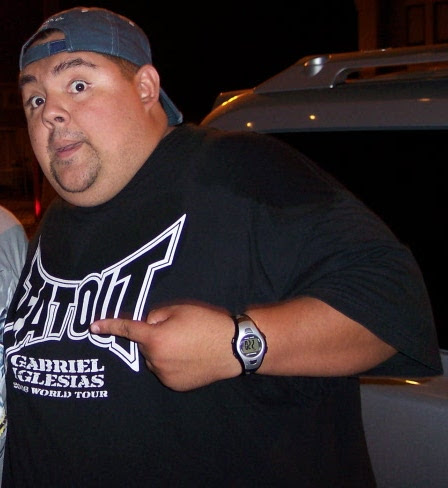 Picture courtesy of Wikimedia
Tom Villegas under CC-BY-SA license
Not strictly travel related, but we also cover life as it happens in the chair.  Last night we saw Gabriel Iglesias at the Wiltern Theater here in L.A.  The show was great...even though it started an hour late.  Here's the scoop:

Accessibility (Wiltern) - A.  When I bought the tickets, the seller told me "the only place we have for wheelchairs is the front row.  Is that OK?"  Yeah, I guess that will work.  Actually, although it was the first row, there was still the orchestra section in front of us.  Still, only 20 feet from the stage.  Also, ALL the seats on the lower level are removable so technically a wheelchair could fit anywhere on the lower level.

Transportation - A.  Directly across the street from a Purple Line subway station.  Trains stop running just before midnight, however.  There is an all night bus that will take you back to Union Station if you miss the last train.

Show - A-.  Great show, four leadoff comedians who were all pretty funny.  Iglesias was hilarious but seemed to run out of gas towards the end, asking the audience if they had any old bits they wanted him to do.  Also have to knock off a bit because the tickets said 7PM.  Once inside, the ushers said 8.  First person on stage was 9.  The wait bordered on the unbearable but, according to the performers, it was necessary because they had received threats (everybody had to be wanded and patted down before entering).  Still, it seemed that everyone was pretty much in the building by 8, even though many of them were hanging out in the lobby drinking.  I think the show could've started earlier.  It ended at 11:30.

Concern for the Fans - Here's where they get the grade back up to an A- because to make up for the delay, they offered every body in attendance a chance to pose with Gabriel Iglesias and Erik Estrada (yes, Ponch) after the show for a picture taken by a professional photographer.  Everyone will be able to download the picture for free from Iglesias' website.
And finally, here's a picture I took...sorry for the quality, I only had a phone camera to use. 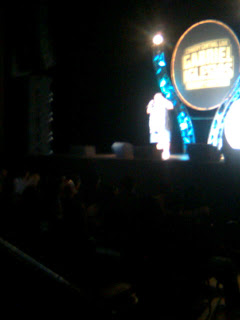 UPDATE: Here's a better picture from last night
-Darryl
Posted by D. Musick at 10:20 AM