Up Close and Personal With Nevada History: The Kit Carson Trail 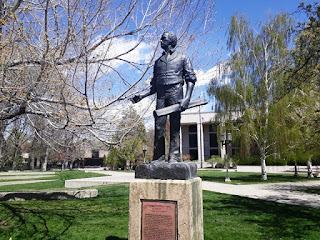 I like to walk. In fact, I do several miles a day. It's also a very accessible activity to do for wheelchair users while on vacation and we've come to schedule at least one big walk for each trip. We've done the massive Englisher Garten from top-to-bottom in Munich, made a 10 mile loop of Halifax in Nova Scotia, went from Market Street to Fisherman's Wharf and back in San Francisco, from Westminster to Abbey Road to Harrod's and back in London, for a few examples.

You can find some very interesting things on these walks if you know what you're looking for.

That's the case with the Kit Carson Trail, which is an historical walking tour put together by Carson City's Visitor's Bureau. The trail is a bit over two and half miles. With a few side trips and detours, ours came up to four miles by the end.

You can download a printable copy from their website, or just stop by their office at 716 N. Carson Street, adjacent to the Nevada State Railroad Museum just south of downtown. Free handicapped parking is available in the back of stop #1, the Nevada State Museum and along the streets nearby.

We've done the Nevada State Museum on a previous visit (click that link to check it out) so we just use it for convenient parking, today, and move on to stop #2, the Cavell House. 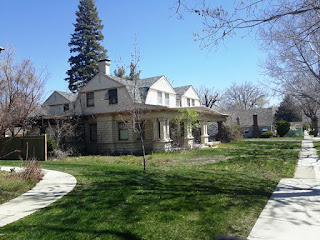 A prominent dentist, William Cavell had this house built with every possible modern convenience in 1907. The house has seen better days but, even in its current run-down condition, you can see what a marvelous house this is.

Moving up the street, the Stewart House...from 1887...was the home of U.S. Senator William Stewart. Stewart went on to be one of the founders of the Silver Party in 1892.

A block up the street is the beautiful 1862 gingerbread home of Governor John Jones who led the state from 1895-1896. 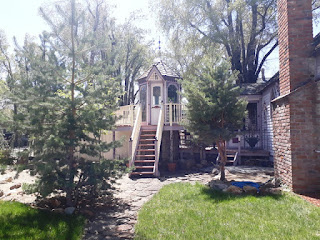 The side treehouse is pretty fantastic. 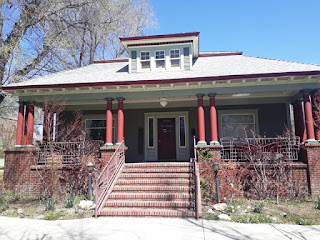 Next door is 1864 house of Louis Prang, who started the tradition of Christmas Cards in the United States. This house is also a popular filming site for the Hallmark Channel. 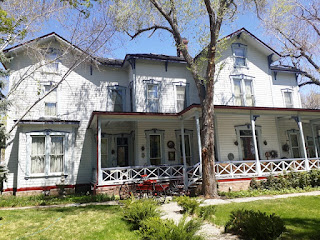 The Bliss House is one of the largest of the historic homes here in Carson City. Bliss was a lumber baron and you'll find many things named after him, including Bliss State Park in Lake Tahoe where the Vikingsholm Castle sits on the shore of Emerald Bay.

Fun fact: on one of our spring break ski trips to Tahoe in College, Bliss' great grandson came along on one of them. None of us got along with him. 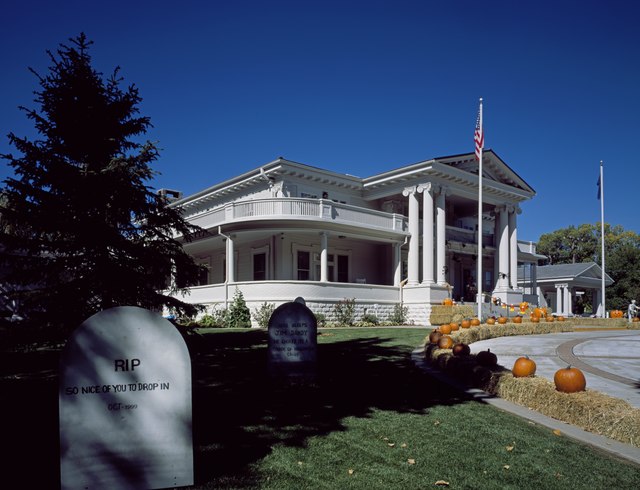 Across the street is the current Governor's Mansion, built in 1909 to serve as the official residence. Until then, it was up to each officeholder to secure their own lodgings.

Moving on we get to the Krebs-Petersen House built in 1914 for Dr. Ernest Krebs, who is credited for stopping the influenza outbreak in Carson City at that time. It was also used as a filming location for John Wayne's last movie, "The Shootist."

Down the Street is the Sadler House, occupied by Reinhold Sadler, when he was Governor of Nevada from 1896-1902.

In 1860 (or 1862...the printed version and online editions of this tour differ in the date), attorney William Morris Steward had a nice sandstone house built. Today, it's still home to a law office 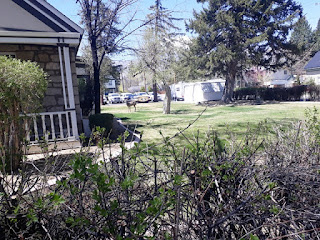 We saw deer on the lawn. It's Carson City's oldest standing home. 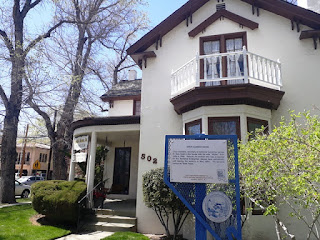 Orion Clemens lived in this 1863 home. He was the state secretary for Nevada. You might be more familiar with his brother, Samuel, who wroted under the name Mark Twain and was a frequent visitor here.

The 1868 house of George Ferris, Sr...a gentleman farmer who planted many of the trees around the capitol...is next. His son, George Ferris, Jr., went to Chicago and invented an amusement park ride...a wheel...that bears his name to this day. 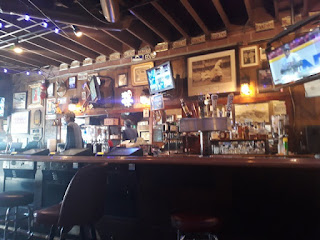 We take a break and have some cold beers at Carson City's oldest saloon, a slightly divey place called the Old Globe Saloon, before moving on.

We decide to jump to the end of the tour and work our way back up so we can end up at our car. Next up is the state Capitol complex where we check out the Capitol Building. 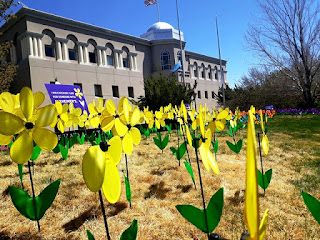 These are just a few highlights of the 48 stop tour. It was very interesting and a healthy way to get a close-up look at Nevada history. 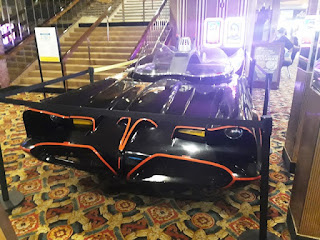 Before we get back in our car, we stop by the Nugget Casino to take a few turns on their slot machines. We find another bit of pop history when we find a replica of George Barris' Batmobile parked inside.

Done with our day of touring, we head back to our hotel in nearby Minden where we splurge on a nice Basque dinner at JT Basque, an old restaurant in Gardenerville that we've visited before.

Stuffed with a bit too much food, we retire to our room to get ready for tomorrow's adventure...which will coming soon.