Last year, we went to a tequila tasting event at Rudy's, a Mexican restaurant and cantina in Monrovia, California.  It's held once a year and is an invitation only event where different tequila companies come and let you taste their wares. 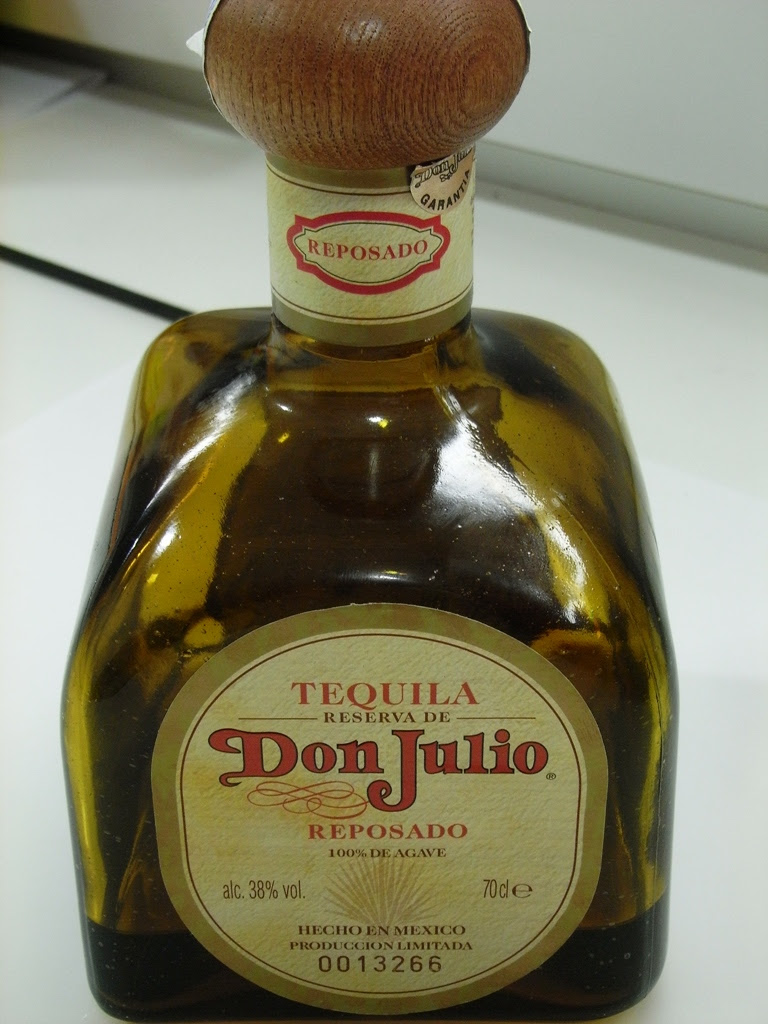 Each distillery was serving only 100% agave tequila.  The blue agave plant is similar to a yucca and has a core that looks like a pineapple.  These cores, or "pinas," are roasted then crushed to get the juice.  The juice is fermented into mezcal which is distilled into tequila.


Some lower brands and generics can mix other spirits in the tequila - these are called mixtos.  Under Mexican law, only tequilas that use 100% agave  (or 100% puro de agave) can be labeled as such and only distilleries licensed under Mexican authorities can be make agave liquor that can be called "tequila."  These are laws that the Mexican goverment takes very seriously.  An agave distiller in Temecula, California...who makes a very good product by the way...cannot call his product "tequila,"  he cannot even call it "temequila" as he tried to do.


There are three main varieties of 100% pure agave tequila.  Silver is not required to be aged at all.  Reposado must be aged a minimum of six months by law and Anejo must be aged at least a year by law.  Oak barrels are preferred for aging.  Some tequilas also use old whiskey barrels and the very good Asombroso La Rosa uses old French Bourdeaux barrels (more on that later).

Aging has a big effect on taste but older is not always better.  There are seriously good silvers such as Partida and Asombroso.  Anejos are very good but can have a strong whiskey flavor to them.  Our favorite of all tequilas is the Asombroso La Rosa, which is a reposado.  It is silky smooth, has a strong agave flavor (one of my favorite flavors), and has a pink color due to its being aged in old French wine barrels.


To prepare for this event, we decide how to get there.  We are not going to be drinking 12 varieties of tequila and driving.  We walk to the event, which is a two mile trek and helps us get some exercise to offset the drinking.  Going home, we end up walking half-way and taking the bus the rest of the way...which you see at the end of Part 3 in the videos above.

To answer your questions...yes, it is all you can drink.  Be good though or you won't be invited back next year.  A large buffet is served with rib eye steaks, pork medallions, crab & shrimp enchiladas, and ceviche along with all the chips and salsa you can eat.  Soft drinks and water are also available.

Here are our conclusions...

Best of Show - Asombroso La Rosa, described above.  Even better than the Asombroso Anejo, which at $250 for a 750ML bottle is around five times the price.

Best Anejo - The Chinaco Anejo which is aged in old whiskey barrels for a minimum of 5 years.  Like drinking a good whiskey, it is smooth but with a bit of a bite.  The taste is unbelievable.

Best Silver - Asombroso.  Smooth and with a hint of buttercream (?) frosting flavor along with the agave.

Best Bargain - The Hornitos Reposado...with its florally, perfumy taste...and the Hornitos Anejo...which is aged in old Jack Daniels barrels.  Both are about half the price of premium tequilas like Patron or Cabo Wabo but more than hold their own against that competition.

Also in the room, but not open for tasting, was the Asombroso super anejo, aged 11 years and going for $1,100 per bottle. You can see it in the videos above.