Turning the Calendar on a Most Unusual Year 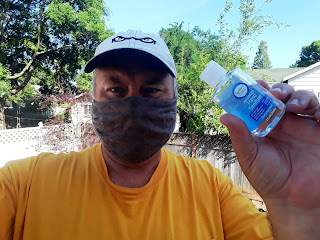 What can we really say about the year that just was?

This would usually be the time we'd present an article, or more, on the best things we saw during the past year but, let's face it, there was little to be happy about in 2020. We took only one trip since the COVID-19 lockdowns began here in Californa...a four day getaway to Oregon in the fall...when things looked better and restrictions were loosened for a bit.

Other than that, it's been mostly stay at home save for an occasional foray out to have a picnic, take a hike, or just a drive to get out of the house.

Luckily, we had the foresight to move to our favorite vacation area so our days out are kind of like going on vacation and, up here in the Sierra Foothills, the restrictions have been just a little looser than they are in tightly-locked down Southern California where we came from. 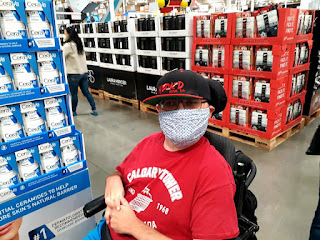 Who knew that a trip to Costco would be a day out we'd look forward to? Instead of going out for a weekend getaway, a trip down the hill to stock up on toilet paper would make a great change of pace from looking at these four walls. 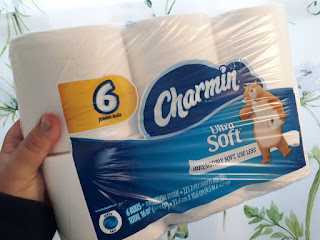 And what was that with the run on toilet paper? Who knew it would become such a game and challenge to keep stocked up. I even saw advice online as to the best, shall we say "wiping strategies", to make sure you didn't use too much. 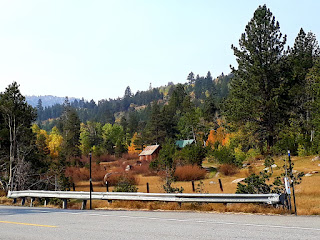 We even drove over the mountains one day to shop the Costco and Trader Joe's in Nevada (a 2 hour drive each way) just so we could have some scenery and a day out. Also, we could pick up about 2 months worth of supplies so we didn't have to go out so much.

Speaking of shortages, there were some other weird ones. Like many people, my wife increased her bread baking many fold, making 3 or 4 loaves of sourdough per week. As the shopper of the family, I'd go out with instructions to pick up bread baking supplies for her. Then, it was a game of what I could get.

Flour was almost non-existent for awhile. Then, I could find all-purpose but not bread flower. Unbleached wheat flour would be out conveniently when she needed it. The flour supply would correct itself and then I couldn't find yeast.

Eggs would be unavailable and then the next week, there'd be a glut. Soda...especially diet...would be problematic. We drink Coke Zero, diet Sunkist, and diet 7-Up.  Each would go through periods of being unavailable and we'd substitute root beer, ginger ale, and more.

Chips went through phases. I like Fritos but they're too salty for me. Luckily, there's a low sodium version...which suddenly became unavailable. Tortilla chips would be substituted. 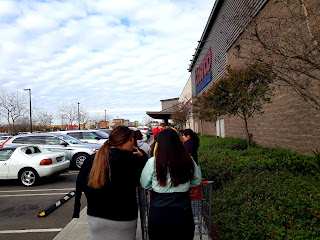 It was a strange year for shortages and, suddenly, I felt like I lived in 1970's eastern Europe. 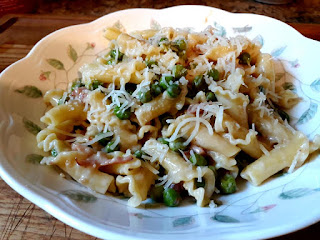 Cooking at home became the standard. Before the pandemic, we'd cook about 3 days a week and eat out or get take out the rest of the week. Now, we're challenging ourselves as to how many days in a row we can make our own dinner before we break down and get restaurant food. I think our record is now 6 days in a row...we got to the point of calling our kitchen the Lockdown Diner.

I've always enjoyed going for a walk, even when the only place to stroll was through downtown Los Angeles' Skid Row. I've amped that up a bit doing at least 3 miles a day up here in the Foothills where the scenery is much nicer and the atmosphere more serene. I even get Tim to join me at least once a week. Our local paper even did a profile on me when I did an extended walk up to Sutter Creek. 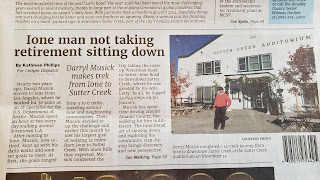 Since dining rooms have closed and, at times, even outdoor dining was banned, we would take the opportunity to go up to the mountains and have a picnic. Even that was a challenge at time as the state would shut down parks and discourage even outdoor activities. Thankfully, that is no longer the case although outdoor dining at a restaurant is still banned in most of the state.

Even with our lockdowns...and California had some of the strictest...our Covid numbers went up, especially towards the end of the year. A new scheme was instituted where the state was divided up into five regions. When the ICU capacity would drop below 15%, the region would be put into a minimum of three weeks of heavy shutdown. As of this writing, four of those regions are shut down with less that 700,000 Californians free from that strict regime in the furthest northern part of the state.

It seems like the only way we can go is up especially now that vaccines have been developed and distribution has started. We'll be cautiously optimistic and we'll look back in 52 weeks and see if life has returned to normal.

Email ThisBlogThis!Share to TwitterShare to FacebookShare to Pinterest
Labels: 2020, year in review