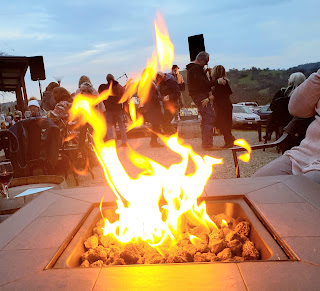 At one point or another my family and I have been coming to Amador County and the surrounding area of Northern California for about 24 years now. The very first time any of us came to visit this area was when my parents went on a mini getaway by themselves when I was at summer camp all the way back in 1998. Since then, we had come back to visit the area so often and started to like it so much that we eventually decided it was the perfect place for us to move to after my dad retired from his job as an I.T. Specialist with the United States Department of Justice.

Fast forward to the year 2019 and that is exactly what we did. Looking back to that time, I guess it was a good thing that we made the move up Amador County when we did because it wasn't very long after that when the world was shut down due to the COVID-19 pandemic in 2020.

Luckily for us we already had over a full year under our belts as new residents of the area to have new experiences and memories before everything would be completely shut down for a long period of time. One of our favorite activities that we had started looking forward to doing every year since our very first visit to the area was to see the various musical concerts that were held at local wineries and other venues that featured some very famous big name bands as well as some very good local groups and musicians.

During a normal year, the various concert events that make Amador County and other parts of Northern California a fun place to be usually begin in the Spring and go on well into the Summer months. 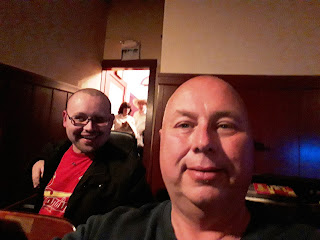 One of the first concerts we went to after we first moved to the Northern California area before the start of the pandemic was to see the Quebe Sisters in Sutter Creek. The Quebe Sisters are a western swing band that came to the area in March of 2019 to do a performance at the Sutter Creek Theatre. 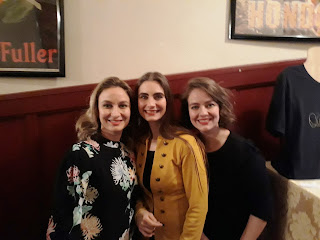 The first time we had ever heard of them was when they made an appearance on the Marty Stuart Show on RFD TV and we really liked their music by the end of that show. By the end of the show in Sutter Creek, it turned out to be another good one and my dad Darryl was lucky enough to get a picture with the band members after it was over. 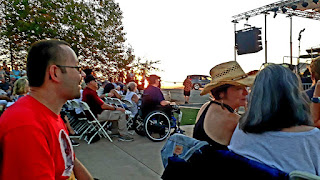 The next big music event that we found ourselves at was a performance of the Legends of Country Rock concert tour in August of 2019 at Helwig Winery in Plymouth, California. At this concert there was a grand total of three very well known bands from the '70's who were considered legends of country rock. They were Poco, Firefall and Pure Prairie League It turned out to be a very good concert overall. 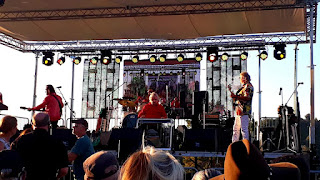 Pure Prairie League was the first of the three bands to take the stage. They played a lot of their big hits such as Amie, That'll Be The Day and Let Me Love You Tonight. 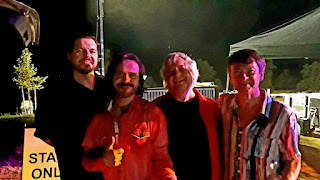 After they finished their set, there was an intermission period during which preparations were made for the next band to take the stage. While all of this was happening, my dad was once again able to get a picture taken with the Pure Prairie League band members. After the conclusion of intermission the next of the three scheduled bands to take the stage was Firefall. They are known for the song called Just Remember I Love You, which they played, among other tunes as well. 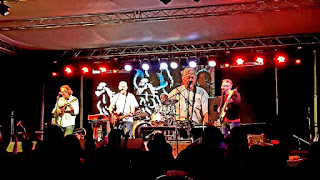 If I'm not mistaken, I think there may have been a few concert goers who left the show a little early after Poco took the stage to do their set. I'm pretty sure we stayed all the way through to the end of the concert but that didn't change our opinion on which of the three bands had the best overall performance. Our final ranking for best overall performance at the 2019 Legends of Country Rock concert had Firefall take the number one spot followed by Pure Prairie League in the second position and Poco in third.

With the Legends of Country Rock concert in our rearview mirror, the next big concert on our 2019 live music itinerary took place at Harlow's Restaurant and Nightclub in Sacramento. It was there where we saw a band called Gaelic Storm in October of that year. They are a Celtic music band that was formed in Santa Monica, California in 1996. We were first introduced to their music a few years ago when we started watching one of their performances that was on the AXS TV channel. After we started to watch that particular performance, we started to really like the kind of music that they played.

Fast forward to now where we are now settled into the Northern California area, my dad noticed that they were going to be playing a show in the Sacramento area at Harlow's. Since we now residents of the local nearby area, it was an easy decision to say yes and get tickets for the show. The only downside was that it was going to be quite a drive going from the countryside into downtown Sacramento. The good thing though was that the concert was at the beginning of the week on a Monday night if I'm not mistaken. 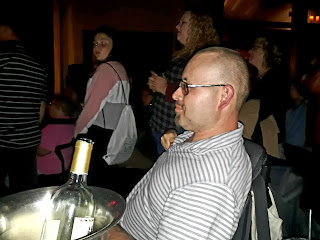 When we finally arrived at Harlow's we saw that it was a very small establishment that had the vibe of some other small music venues in the L.A. area such as the Troubador. By the time the concert got underway it looked like there was standing room only with all the people that were inside.

Before Gaelic Storm took the stage there was a kids dancing group that performed as a warm up act. While it was nice to hear and see them perform the number one reason we went there was the for the Gaelic Storm main event! Once the festivities were underway we were treated to a very good show! Lead singer Patrick Murphy and the rest of the band did a great job of interacting with the crowd and keeping us all entertained. 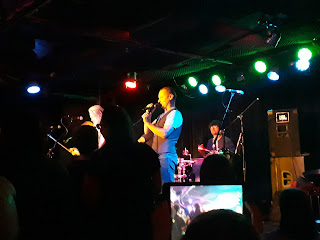 Whenever they did a song of their that was a good one to dance to, Mr. Murphy would refer to it as a standy up song or something like that. One of the band's songs that I really like which they played that night is called The Night I Punched Russell Crowe. It is one of the bands funniest songs which was also inspired by a true story in which the lead singer punched actor Russell Crowe in the head while working at a bar in Santa Monica because Mr. Crowe refused to stop smoking a cigarette while he was in the bar.

After the concert was over we made our way back to where our van was parked and made our way back home after another satisfying night of music and fun. Since we made the move to Northern California, the three concerts that I have just described in great detail above are just a small sample size of the bands that we have seen since then. 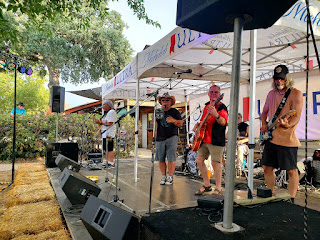 The list of the other bands that we have seen perform since then consist mostly of some very good cover and tribute bands. Those bands are After Dark, The Kool Shifters... 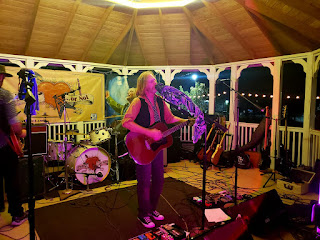 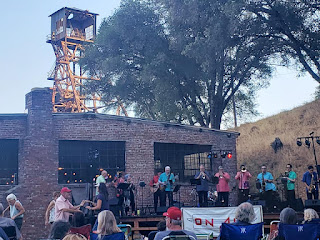 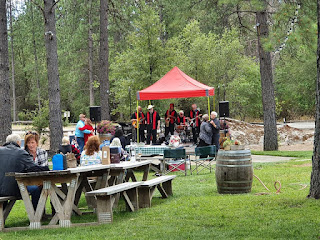 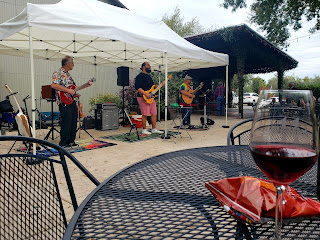 ...and Funky Tim and the Merlots. We have seen all these bands play live at one time or another at local venues such as the Helwig Winery in Plymouth, the Italian Picnic Grounds in Sutter Creek, the Amador County Fair in Plymouth, the Kennedy Mine in Jackson, the Lodi Grape Festival and many more places. Ironstone Winery in Murphys located in Calaveras County also has a big amphitheater where they put on live concerts with big name bands such as Train and REO Speedwagon but we have not yet seen a concert from there up to this point.

Now that we are getting back into the swing of things to start 2022, we are looking forward to going to some more concerts and music events over the next few months as we head into the 2022 Spring and Summer seasons in Amador County and beyond!